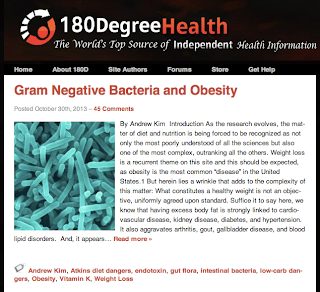 Although I have a rule for myself to not read consumer books about diet or health, despite not having much free time of late, I couldn’t resist the opportunity to speed-read through 80/10/10 by Dr. Douglas Graham recently.

I wasn’t able to see what all the fuss was about, knowing perfectly well how popular 80/10/10 is becoming.  There was but not one thing specifically insightful or interesting to report here.  Instead, despite what’s said by Dr. Graham to the contrary, I found the book to be a rehashing of what natural hygienists (like Dr. Emmet Densmore) had put forth in the past – only presented in a way to support the idea that humans had evolved to thrive on a vegan diet, mainly of fruit and, on average, no more than 10 percent of calories from fat and protein and no less than 80 percent of calories from carbohydrate.

But that’s not the purpose of this post; that is, to point out the errors, oversights, and half-truths in 80/10/10 – of which there are many.  It is instead to urge a recalibration of how we should think about diets and the arguments that are put forth for them, so as to avoid the financial, emotional, and bodily harm already incurred by those who were in desperate need of help, and so willing to try anything.